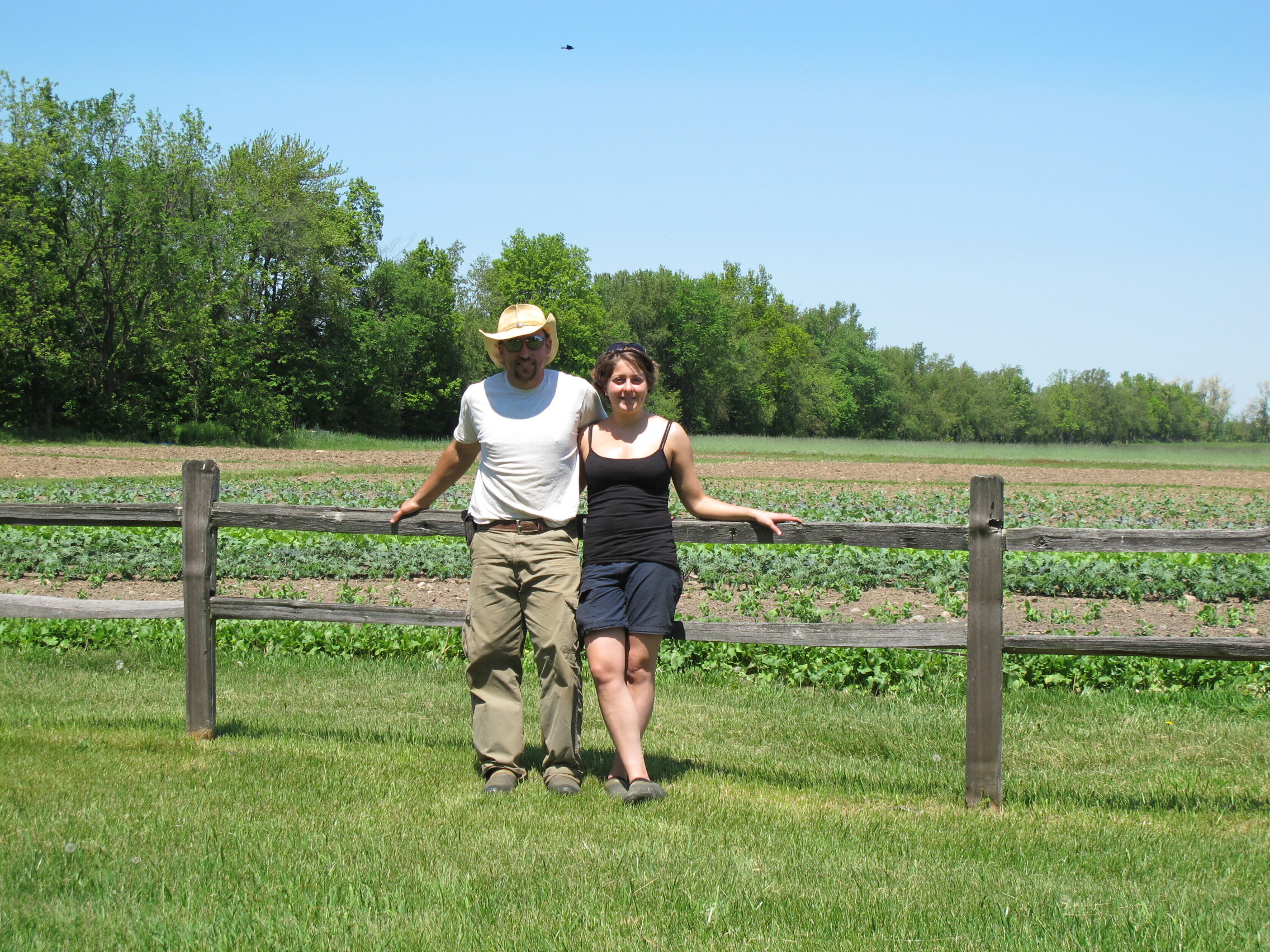 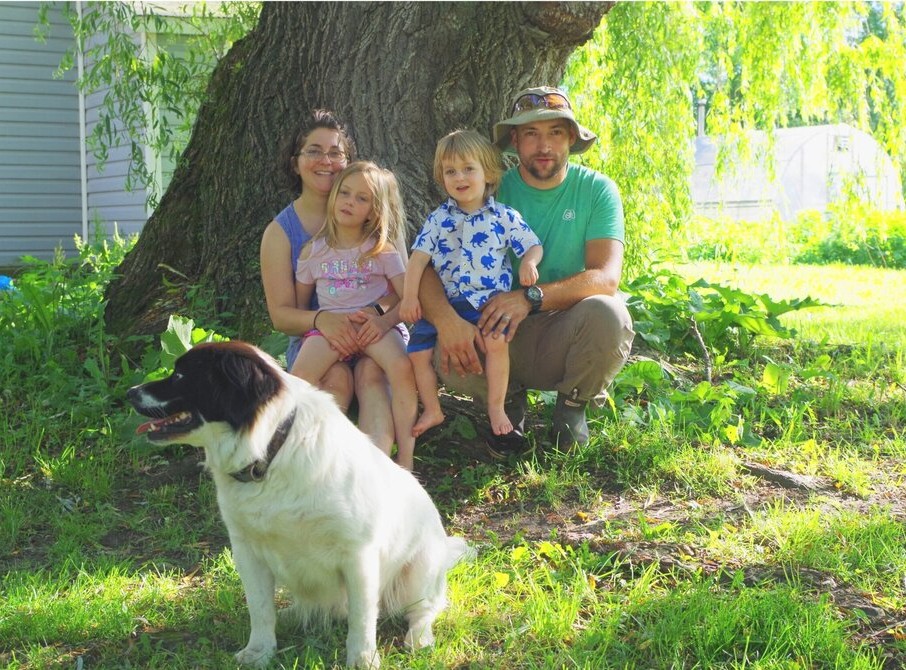 Willow Garden is owned and managed by Jason & Seraina Killoran

Jason and Seraina Killoran began down the road to becoming organic market gardeners when they both were in their mid-20s. They didn't know much about gardening when they started, but they were determined.

Jason's Grandpa's Farm, Snick's Farm, near Jonesville is what brought them both to the area. In 2009 Jason came to Jonesville, after a serving 2 years in the Peace Corps in Moldova. He spend a year working on a produce farm near Adrian to learn the a what he could about market gardening. In 2010 He planted his first garden at Snick's Farm and began doing local farmers markets and set up a farm stand at "Snick's". Seraina came to the farm the following year as WWOOFer from Switzerland, looking to improve her English and spend a summer working on a small organic farm. They hit it off from the start, and before the summer ended they became partners in both live and the business of farming.

In 2012 they decided to move off to their own place, and bought a small house with 8 acres and several barns a few miles north of Snick’s Farm. The property they bought needed a lot of work, so they continued to grow produce and raise livestock at Snick’s Farm. In 2017, they decided it was time to focus on what they could do best on their own land, so they sold off their sheep and cattle, and began moving the green houses. When they made the move they invested in making a more efficient packing area and expanding their hoop house production to extend their going season. They completely renovated an old barn to create a packing area with a large walk in cooler built larger greenhouse with an efficient wood/coal stove, and added 5 new small hoop tunnels. By spring of 2018, they broke ground on a 2-acre garden and started their second farm business “Willow Garden”.

To make sure the garden would be productive they invested in the soil. In the first years, they brought in truckloads of manure, compost, and mulch to give the soil the organic matter it would need to produce healthy vegetables year after year. After 3 years their investments in the soil were starting to pay off. They had increased the organic in the hoop houses by 250%. Their crops were starting to look healthier and yields were increasing. On their way to creating Willow Garden they rarely made enough to pay themselves, and often did most of the work themselves. Two years after starting the new farm business they were able to hire a seasonal farm crew, allowing them futher increase the productivity of the farm. They now farm year-round, spending the winter months planning the season, making maple syrup in the early spring, starting seeds in their greenhouse for plant sales and their own garden, and selling a wide variety of fresh-picked organic produce from April - December.

In 2020 to adapted the Pandemic, they began offering home delivery to Jackson and Hillsdale area. They continued the service and began partnering with other farmers and local producer to expand their online inventory. Aside from their own produce you can now add Fresh baked breads from Doughnation Bakery, Sunrise Poultry Eggs, Ad Astra Coffee, or Greener Grass Farms Meats to your weekly order. 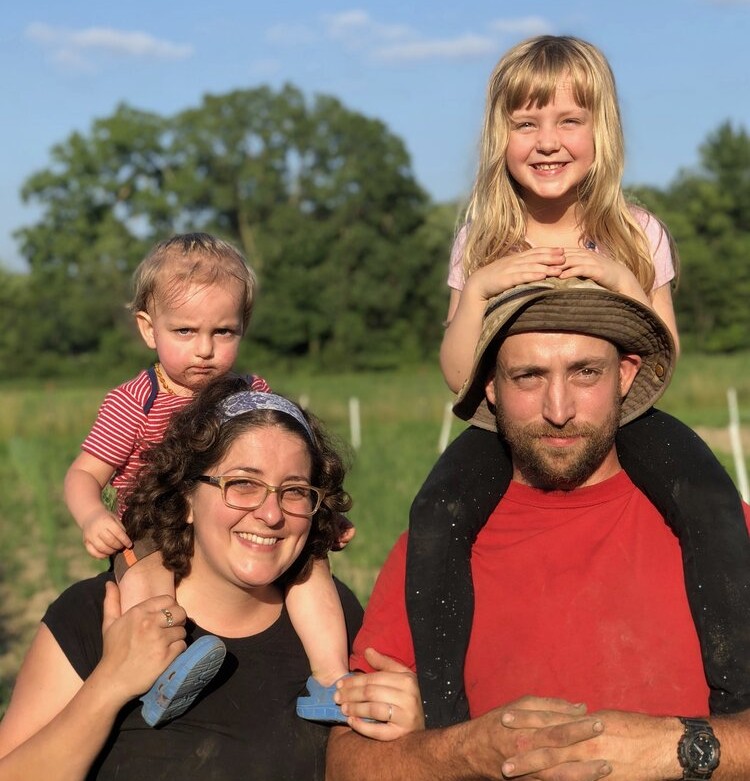